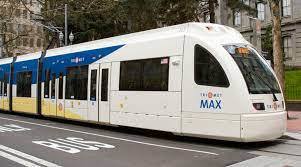 Portland as a whole really embraces transportation. The idea of not owning a car and having all the costs associated with that (car payment, gas, insurance, maintenance, etc..) is a very Portland way of thinking. The greener the better in this city. Portland is the place to own this way of life as we have an outstanding transportation system. The MAX is probably the best known form of transit with lines and stops almost everywhere within the city. Outside of the MAX is the streetcar downtown and all the trimet busses that feed into those two above mentioned systems. Hence why TOD’s are sought after communities in Portland.

The most recent TOD in the Portland Metro area that was y subsidized is 4th Main in Hillsboro. Hillsboro is a suburb of Portland that is located about 30-40 minutes by car from downtown Portland. There are many reasons to live in Hillsboro rather than closer in. Hillsboro is home to some powerhouse Portland companies, one in particular is Nike. The combination of the Nike employee and the Portland lifestyle made Hillsboro a perfect place to construct a TOD. There are several in Hillsboro, the newest being 4th Main. It is named 4th Main due to its location in downtown Hillsboro on 4th and Main Street. There are 71 apartments, retail spaces, areas and of course it is right on the MAX line. 4th Main is estimated to increase transportation rides in the area by 39,465 trips annually.

4th Main is a great place to live if you want everything at your fingertips. 4th Main was completed in 2014 and by the opening day 30 of the 71 apartments were already rented. The apartments range from Studios (545 square feet) for $785/ month to 3 bedroom, 2 bathroom apartments (1290 square feet) for $1590/ month. Underground parking is also available for $35 per month if you choose to have a car. 4th Main boasts a walk score of 90, as it should, due to everything being within walking distance. The city of Hillsboro is hoping that 4th Main revitalizes the downtown core, makes it easier for the folks that work downtown to live close in and paves the way for change in the city. 4th Main cost roughly 16.5 million for the private developer Tokola Properties with a 2 million dollar subsidy. There are even more communities like this on the way.

The next big TOD in Portland is Block 75 located on the corner of NE MLK and NE Couch Streets at the Burnside Bridgehead. Block 75 is a 10 story apartment building with a retail floor and underground parking that is located on transportation. Block 75 will include 75 apartments and is due to be completed the summer of 2016. Block 75 is located near the MAX line, the streetcar and other various trimet stops. Making this an excellent place to live and work if you want a true Portland experience. Block 75 is truly in the heart of Portland’s transportation system and has a great location close to downtown and the inner East side. The design of block 75 is unmistakably modern and is being coined “shipping container chic” due to the front facade of the building. There will be many different levels of windows coming in and out of the front of block 75 making it look like containers stacked up like blocks. It will be interesting to watch and see how this community comes together.

Transit Oriented Developments are something that will become a norm in the Portland Metro area. There are too many to list in this article with private and y funded TOD’s. Walk through any of Portland’s inner east side neighborhoods and you will be able to spot a true TOD. They are situated close to transport, have high density housing, retail and common space. The TOD in the Portland area is an excellent solution to the lack of housing the city is experiencing and the continued population growth. My guess is that TOD’s will be popular for Millennials and move down buyers. They are a great place to live car free in a conveniently located unique space.