Start Your Own Search

Financing a Property Under Litigation

Financing a Property under Litigation – It can be done!

In 2013 four condo buildings went into litigation in Portland’s Pearl District due to leaky and faulty plumbing valves. Currently there are 3 buildings still pending trial and one that has finally settled. The Elizabeth condos settled their lawsuit in the Multnomah County Circuit Court this month, but are not releasing the amount. The amount The Elizabeth was seeking was $3.1 million and it is rumored that homeowners would be specially assessed for hundreds instead of thousands of dollars now that the case is closed. All of this is good news and surely will help the condo market rise in 2014.

In 2014 The Benson Towers, The Edge and The Avenue condos are under litigation: all of which are scheduled for trial this year and will hopefully be remedied soon. Until then financing a unit in one of these buildings has been challenging, so much so that many of the closed sales were cash only. For example in the Edge there were 12 closed sales in 2013, two of which were financed with one of those being an owner carried contract. The rest of those closed transactions were cash deals. This has been the trend for the last year, but with the litigations coming to an end it seems to be getting easier for buyers to finance the condos. There are lenders that will finance the condos with conventional financing such as Alpine mortgage, they have even been able to refinance during the last year and apparently it is not much different that working on a regular conventional loan on a property without litigation.

The litigation has affected the prices in these particular buildings and did slow activity for some time, but things and sales are really looking up! We have a listing in the Edge that was on the market for one week and received more than one offer and is now pending sale even with the special assessment that carries on with the property. My belief is that buyers are focused on the buildings under litigation and trying to get a good deal while the lawsuits are pending, but what this has done is actually drive the market with multiple offer situations and put the sellers back into the driver’s seat. Which is a good thing, considering some of these condo owners just got hit with large assessments to pay. 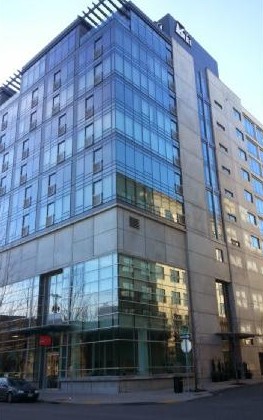 Another idea that comes to mind when talking about value and prices being affected by the litigation is who gets a reimbursement on an assessment that was paid prior to a condo selling? This is something when selling you should discuss with your realtor to ensure that you receive the money back even if you sold the condo and there are new owners once the law suit is settled. Some owners paid the estimated assessments up front and what a shame it would be for them to lose any potential reimbursement from the association once everything is mediated.

Some of the condo associations chose to assess the owners prior to the case being settled, like the Edge. All of the homeowners in the Edge were assessed a onetime fee that could be paid in full or in smaller monthly payments over a set period of time. The fees were estimated and will be either reimbursed or adjusted after the pending lawsuit is settled. The Elizabeth did nothing until the settlement and will be charging the home owners once the settlement is fully complete. Either way in the end there is some money due from the condo owners in these buildings.

Victaulic is a Pennsylvania based company that makes pipe fittings such as valves, gaskets and other piping products. Victaulic products were used in many Portland condos, and damages have been awarded to some condo associations because of faulty valves. It is rumored that there are more condo buildings that will be filling suit soon; many Portland condos built in the 2001 to 2008 time frame have Victaulic plumbing products.

Unfortunately the damage really is already done in all of the buildings that used these faulty products, and now it is time to focus on the repairing and rebuilding of Portland’s NW Condo market. We are hopeful that this year will bring the activity and financing needed to stimulate the sales of units even in buildings with some less than perfect pipes.