There are currently 4 properties for sale in the Overlook neighborhood including 3 newer condos and one single family home. The listing prices range from $299,526 up to $1,100,000 with an average price of $355 a square foot. The homes that are currently for sale have been on the market for on average 61 days and are around 1482 square feet on average. There are 15 properties pending sale in the increasingly popular Overlook neighborhood with an average price per square foot of $255. In the last 30 days 4 homes have sold ranging from $240,000 up to $510,000 for an average price of only $170 per square foot - this is a large difference from the current homes for sale at double that price.

The Overlook neighborhood has grown in popularity in the last 10 years due to the affordability of housing in the area. OVerlook has long been an area in transition. A transition into the new Portland and away from the older smaller bungalows that were originally built here. With this brings much change in the real estate landscape of the neighborhood. Developers are coming in and tearing down older homes in disrepair and replacing them with new multi level condos and townhouses. Thus increasing the prices in the area.

Public transportation is readily available in the Overlook neighborhood with the MAX and trimet busses. You will see lots of people on foot and riding bikes for both pleasure and commuting. More and more condos and townhouses encourage the car free lifestyle that Portland is known for.

There is a wide variety of home styles in the Overlook neighborhood. There are old turn of the century bungalows and craftsman as well as new modern condos. You will see lots of new infill in the Overlook neighborhood due to the high inventory of older homes needing work and the desire to live here now. Overlook has a nice quiet residential feel in some parts and a buzzing business district in others. North Interstate is home to some quirky local Portland businesses including the infamous Fire on the Mountain (best chicken wings and fried oreos in town) and the Alibi (Portland’s oldest running tiki bar). All of which make Portland, well Portland.

Neighborhoods like Overlook are what Portland is all about. A good mix of old and new, public transportation, living green and of course some off the wall places that are local traditions. There are lots of folks that call Overlook home from families to empty nesters alike. Living in Overlook allows residents good accessibility to downtown, a laidback way of life and an abundance of fun Portland hot spots within walking distance. 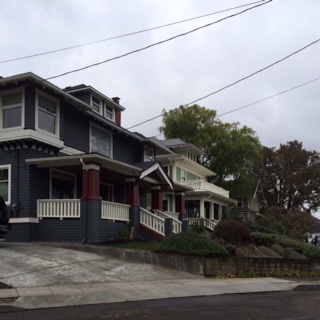 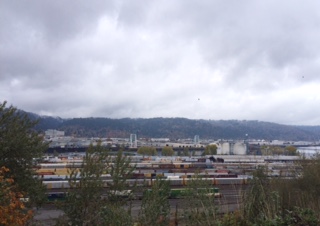