The Reed Neighborhood in SE Portland

Homes in the Reed neighborhood do not disappoint. There is a consistency in the homes in this area, most of them were built after the turn of the century and up till the 1930’s. The Northern part of the area is made up of gorgeous tudors, bungalows and english cottages. Most are large and well maintained with big yards and mature landscaping. There are some new infills sprinkled around the neighborhood too, but they tend to blend well with most of them being modern craftsman style single family homes. The Southern part of the Reed neighborhood is mainly 1970’s ranches and multi level apartment buildings for student housing.

Reed College was founded in 1908 and classes started in 1911. The campus is beautiful with sweeping lawns and beautiful buildings in the tudor-gothic style. Walking around Reed College is like stepping back in time. Reed College is a private liberal arts college that has a great reputation which definitely helps keep property values high in the area.

The Reed neighborhood has much to offer in the way of housing and recreation. There are no commercial businesses in Reed, but the close proximity to Woodstock and Hawthorne make walking or biking to a restaurant or coffee shop doable. The Crystal Springs Rhododendron Garden is 7 acres of over 2500 types of rhododendrons and azaleas and is a wonderful place to get lost for an afternoon. The Reed neighborhood is also home to Berkeley Park. Berkeley Park has a playground, ball courts, tennis court, walking paths and more. 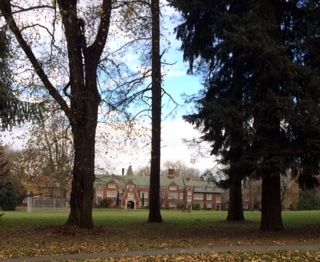 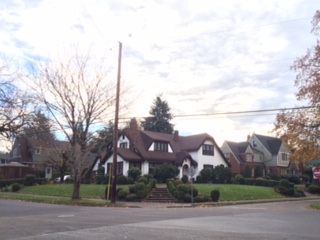