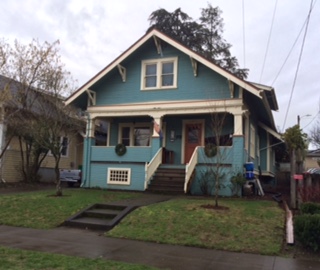 Most homes in the Creston Kenilworth neighborhood were built between the 1930’s and 1960’s, although there are some older and newer. There are quite a few multi family homes with duplexes, triplexes and fourplexes. Creston Kenilworth has a wide variety of home styles from bungalows to mid century moderns. There is a strong commercial street on SE Gladstone with some great local restaurants and shops. Creston Kenilworth is a laid back SE neighborhood that is close to downtown and has great transportation.

The area was named after Sir Walter Scott’s 1821 novel, Kenilworth, and many of the streets are named from the novel as well. This was a very trendy thing to do at the time, many neighborhoods were named after novels at the turn of the century. Creston Kenilworth was originally platted in 1889 and contains about 521 acres of real estate. It came about with the introduction of streetcars and still includes some of the original streetcar buildings today on SE 39th Ave and SE Gladstone Streets.